Yanislav Malahov, Founder
As organizations are making a move toward digital transformation, one area that is frequently overlooked in IT roadmaps is contract management. This is most likely because contracts have strictly been the province of corporate lawyers and businesses. Despite knowing the benefits of smart contracts, the majority of the organizations today are reluctant to take a leap into the digital world. The reason being: there is a scarcity of knowledge and understanding of blockchain techniques that hinder its practical application. As a result, the preferred method for contracts even today largely remains through paper-based or word processed PDF formats. This conventional approach often creates disparate and siloed solutions that hold back businesses from gaining complete visibility of the contract life cycle. To make organizations embrace the shift, the need is for a powerful and an efficient platform that helps in executing smart contracts more seamlessly and securely. Revolutionizing the contract management space with its powerful blockchain technology platform is Æternity. A groundbreaking platform, Æternity is built to solve the challenges around scalability, privacy, and transaction speed of the smart contracts interfacing with real-world data. Built by an experienced team, Æternity is a next-generation technology that is inspired from bit coin and etherium.

Æternity’s state channel has the ability to execute smart contracts off-chain. A network of state channels enables the exchange of value with anybody in the world in a trust-free way. The blockchain enforces the smart contract code, only in the case of a disagreement between the contracting parties. Users can interact privately with each other and have infinite real-time transactions while developing use cases that require very high volumes of transactions. The consensus is achieved via a novel hybrid algorithm. The hybrid Proof-of- Work (PoW) is more power-efficient and indirectly useful, as it encourages the development of better dynamic random access memory (DRAM) chips.

We will continue to develop and propose the incorporation of new features and improvements to the protocol. Our main goal is to continuously increase its userfriendliness and enhance its utility for developers and users


Proof-of-Stake (PoS) is used for governance, which is done via delegated voting, weighted by the amount of tokens each account holds. A crucial feature for most contracts, whether encoded as text or as code, is the ability to refer to values from the environment. Æternity's oracles are truly first-class objects on the blockchain, which help users to connect real-world data with smart contracts. The real world data could be weather conditions, a share price, or other public information from the real world. Oracles can provide tamper-proof data upon which contracts can act.

The ultimate aim of Æternity blockchain is to make the execution of smart contracts safe, efficient, and economic. Æternity supports multiple virtual machines such as a High Level VM that allows for blindingly fast and cheap contracts with a fixed execution cost; a Functional Typed Warded VM that is used to efficiently and safely execute contracts, written in the functional language Sophia; the Æternity-Ethereum VM that executes solidity smart contracts to provide a simple way for migrating from Ethereum and more.

Æternity aims to propose decentralized, trustless alternatives to the existing governance, economic, and financial intermediaries. This vision is being realized by a global community of believers, convinced in the disruptive potential of scalable, public blockchain technology. From a technological perspective, Æternity is a public, open-source, blockchain-based distributed computing and digital-asset platform that builds upon decentralized cryptographic P2P technology. Æternity also provides tools enabling participants to govern themselves effectively. Æternity platform is integrated with governance feature, which is implemented via delegated voting, weighted by the amount of tokens each account holds and provides technical tools to permit governance, as well as frameworks for human interaction and effective discussion.

Overcoming the Intricacies of Blockchain Environment

Majority of the organizations lack business skills, and on the business side, there are very few companies that understand the potential of the blockchain.
Besides, the growing cases of fraud while information exchange with other parties’ and their respective agreements is also causing ripple effects. To overcome these challenges, Æternity offers a set of comprehensive tools that enable developers and companies to develop resilient applications, which utilize Blockchain’s capabilities to provide secured peer-to-peer information exchanges and provide transparency throughout the business operation process.

To ensure authenticity, originality, and confidentiality of the contract, the details of the contract is encrypted by cryptographic data structures. Developers can build open-source applications, which are accessible to both businesses and the end user community who purchase applications that integrate with their systems. By leveraging state channels as the default way to run smart contracts, Æternity becomes the most efficient Turing-complete blockchain and thus enables new forms of commerce via its low-cost transactions.

Æternity opens up many use cases in the fields of finance, supply chain management, and insurance. Infinite scalability, instant payment functionality, and Oracle feeds enable Æternity to automate financial transactions involving large numbers of parameters with an unlimited number of concurrent users. This provides new ways to fund projects or even governments. Additionally, funds can be unlocked, only if the outcome, which is to be reached with the funding, is resolved by an Oracle or voting. Æternity also facilitates developers with APIs, development tools, and SDKs to bootstrap development of applications that will create a vibrant ecosystem, with use cases and business models beyond imagination.

Recently, Æternity released Roma, the first live implementation of its next-generation blockchain. The Roma Release features a unique stack of technological solutions that address blockchain scalability and enables developers to create decentralized applications in Sophia, the functional programming language developed by Æternity. The release plays a significant role in Æternity project, letting early adopters, developers, and miners for the first time test and build upon a live version of its decentralized network. The launch of Roma is an important step toward mainstream adoption. “We think of Æternity as a community-centered blockchain. We will continue to develop and propose the incorporation of new features and improvements to the protocol. Our main goal is to continuously increase its user-friendliness and enhance its utility for developers and users,” says Yanislav Malahov, founder of Æternity.
- Ashik Jain
February 04, 2019 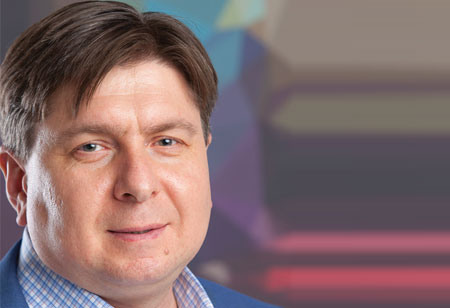 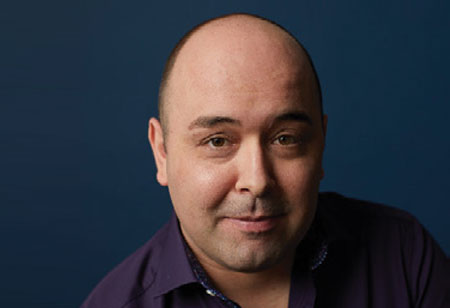 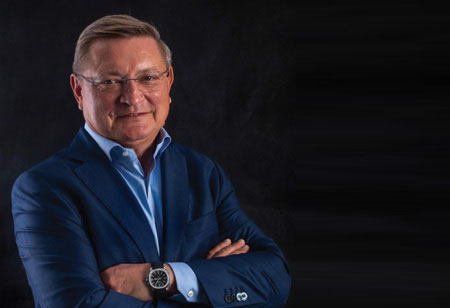 Billon: A New Age of Monetary and Document Transactions